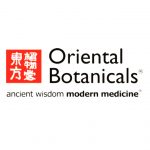 With chromium to support healthy blood sugar metabolism. Also contains cinnamon and gymnema.
Always Read the Label. Follow the directions for use. If symptoms persist, worsen or change unexpectedly, talk to your health professional. Vitamins and mineral supplements should not replace a balanced diet.
A high-strength chromium supplement, supported by cinnamon, gymnema, milk thistle and amla.

• Provides 100mcg chromium per tablet from two sources, chromium picolinate and chromium chloride
• Also includes 3g cinnamon and 2.3g gymnema per tablet
• Includes milk thistle, which supports healthy liver function and has antioxidant and anti-inflammatory effects
• Plus a high-strength, standardised dose of the Ayurvedic herb amla, which has antioxidant properties

Many Australians consume excessive amounts of sugar. For example, dietary surveys from CSIRO suggest that on average, Australian women consume nine servings of sugary foods like chocolate, confectionary, cakes, biscuits and soft drinks each week, and men consume 10 servings of those foods. Additional data from the Australian Bureau of Statistics (ABS) shows that approximately half of all Australians routinely consume more than the amount of free sugar recommended by World Health Organization (WHO). Having a diet that includes large amounts of sugar may lead to depletion of chromium levels.

Although best known for the roles it plays in detoxification and the metabolism of fats, the liver is also closely involved in maintaining healthy blood sugar. It converts glucose into glycogen, which it then stores as an energy reserve and releases into the bloodstream when triggered to do so by fluctuating levels of the hormones insulin and glucagon. Oriental Botanicals Glucogard contains milk thistle, which supports healthy liver function, has anti-inflammatory actions, and is traditionally used to protect the liver in Western herbal medicine.

Milk thistle also has antioxidant properties, as does the Ayurvedic herb amla (also known as phyllanthus). These herbs help enhance the body’s own antioxidant defence mechanisms and inhibit cellular and tissue damage by free radicals.

Oriental Botanicals Glucogard also provides 3g of cinnamon per tablet plus 2.31g of gymnema, which is also known by the Hindi name gurmar, which means ‘sugar destroyer’, and is traditionally chewed to reduce the perception of sweet tastes in Ayurvedic medicine.